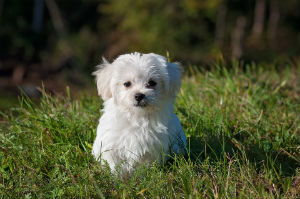 People who have extreme wealth have the ability to finance their fondest wishes and desires. While it’s said that money can’t buy happiness, it can buy pets and that’s almost the same thing. Pets owned by the rich and famous have the best of everything. Personal chefs, spa days, custom living spaces and often a caretaker or vet on-site or on-call enabling them to live out their lives in comfort and luxury.

Many wealthy animal lovers will not outlive their beloved pets, what happens then? Forward-thinking and responsible pet owners will provide for their furry (or feathered) companions in their will or trust and some quite extravagantly. In researching this phenomenon, we found some furry beneficiaries whose humans provided more money for their care than most people will ever see in a lifetime. Even into the tens of millions. Take a look at some of these million dollar pets!

New York hotel heiress Leona Helmsley owned one of the richest canines in the world until he passed away in 2011. Helmsley cut her grandchildren out of her will, leaving Trouble $12 Million. A judge later reduced the amount to $5 Million, but still, that’s a lot of dog food!  Trouble was laid to rest alongside her mistress in the mausoleum at Westchester, NY after living life as of the most pampered pooches in history!

Oprah Winfrey is the mother of 5 canine “kids”. She once stated if her house were burning, getting them out safely would be her only concern. The two Golden Retrievers, two Springer Spaniels, and one Cocker Spaniel obviously hold a place in Oprah’s heart, but she’s also putting her money where her love is. Oprah has set aside $30 Million dollars for their care and feeding should they outlive her. We think they’ll do just fine on that sum.

This bequest might seem tiny in comparison to the two we’ve just mentioned, but so is the dog in question. Miami beach socialite Gloria Posner provided everything you could think of for her beloved dog including a full-time staff, chauffeured automobile, and a Tiffany collar. Posner left a cool million to her son upon her death but left $3 million to her Chihuahua “Conchita”.

Aside from bequeathing millions to their pets, many wealthy animal lovers endow animal rescues and charities with their millions and further the causes of animal rights all over the world. You might not have millions to bestow upon your animals, but you can do something for them now, while you’re still here. Make a list of your pets and who you would like them to go to in the event of your death. Speak to your friends and family members and make arrangements for your beloved pets before they’re needed. There’s no need for a loved animal to go to a shelter or rescue.

When you’re ready to plan for these and other important people in your life, contact US Wills and Trusts. https://www.uswillsandtrusts.com. The attorneys there can talk to you about all of your plans and wishes for the loved ones in your life and help you create a comprehensive estate plan to protect the future of your spouse and family. Call 714-584-7492 to get started today.